The Fair Housing Act (and amendments) makes it illegal to discriminate in the buying, selling or renting of a home because of a person’s race, color, national origin, religion, sex, familial status, and disability.  Familial status includes children under the age of 18 living with parents or legal custodians, pregnant women and people securing custody of children under the age of 18.

In addition to the Fair Housing Act, other laws related to fair housing include the following:

If you or someone you know feels discriminated against when renting, buying or selling a home due to race, color, national origin, religion, age, sex, familial status or a disability, you may file a complaint and receive help from the following state and federal agencies.

The BHA celebrates the 50th Anniversary of the Fair Housing Act

The Civil Rights Act of 1968, more popularly known as the “Fair Housing Act,” was intended to be a follow up to the Civil Rights Act of 1964.  However, initially, the Act was contentiously debated in Congress. The assassination of Dr. Martin Luther King Jr. on April 4, 1968, change the political dialogue and served to motivate bi-partisan support and passage of the Act a week later on A 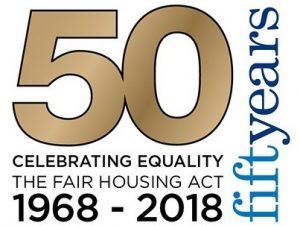 Though it has been the law since 1968, a significant number of people still do not know their rights under the Fair Housing Act.

In April 2018, the BHA joins other organizations across the country, like HUD, the National Fair Housing Alliance and others along with state and local agencies in celebrating the accomplishments of the past 50 years of fair housing activities and looks forward to even greater improvements in housing equality.

Click here to watch a short film “Seven Days,” an 8-minute film revisits the week that changed American history.  The film explores the events that led to the passing of the Fair Housing Act, including the contentious debate and how Dr. Martin Luther King’s assassination ultimately spurred government action.

Public Notice of October Board of Commissioners Meeting

Public Notice of May Board Meeting

Public Notice of April Board of Commissioners Meeting